The old Jekyll website has been rewritten to use Docusaurus. 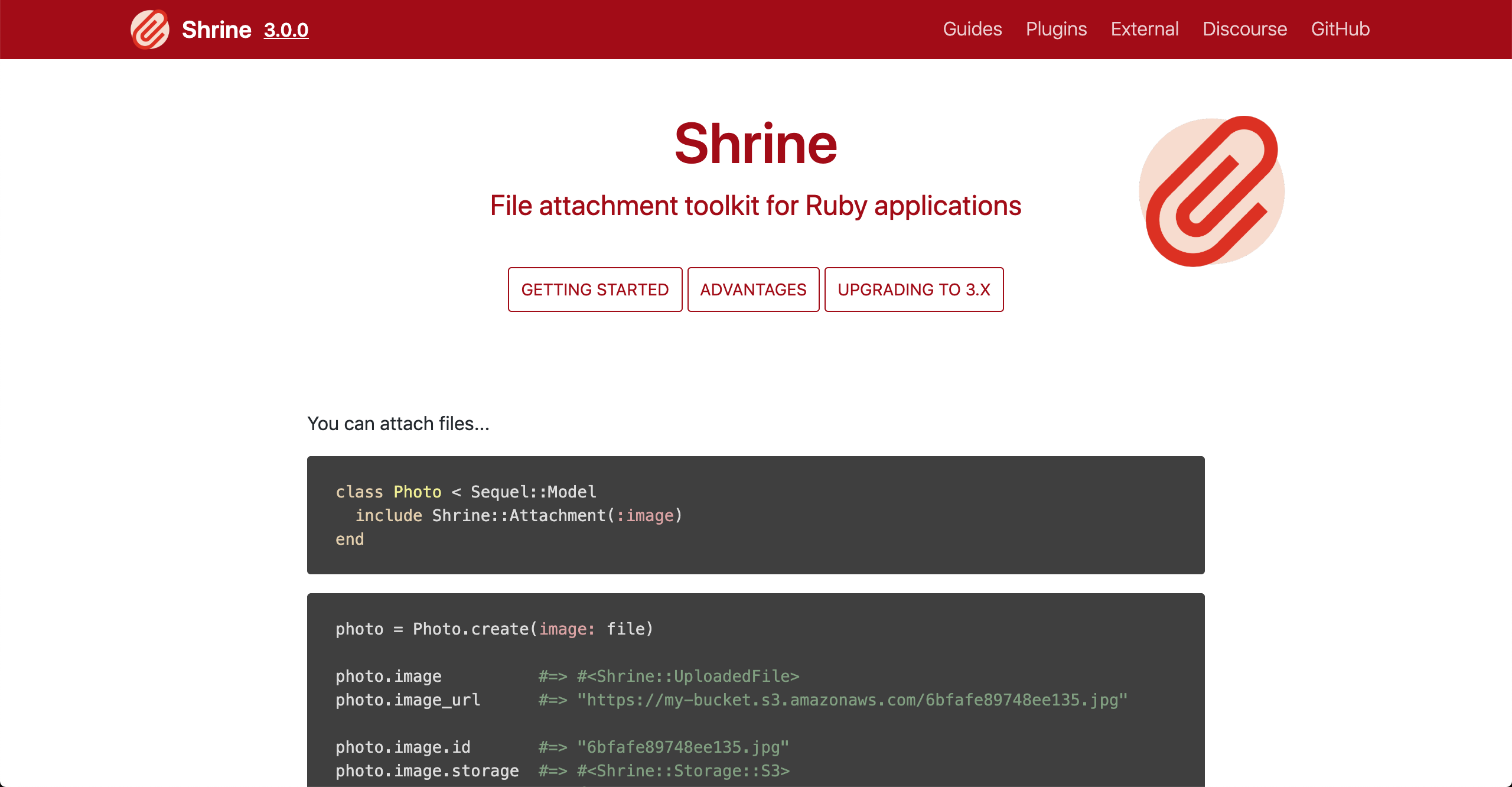 Docusaurus gives us nice features such as sidebars with autogenerated TOC and related documents, which greatly improve navigation experience. 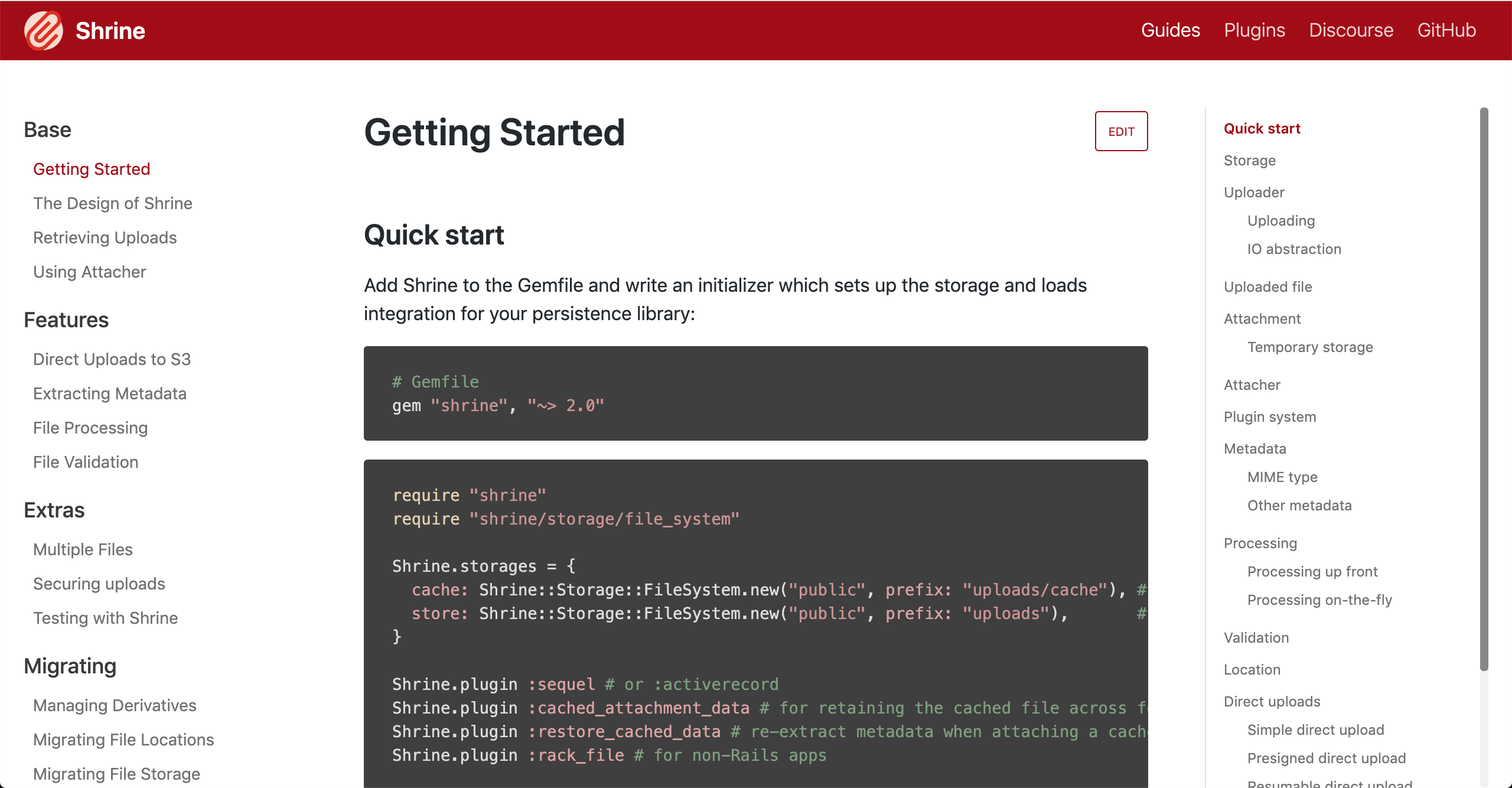 We also now have a snippet switcher, which makes it easier to show code for different libraries.

Last but not least, we now have a documentation search bar powered by Algolia DocSearch.

I’ve talked about the major changes in more detail Upcoming Features in Shrine 3.0, but I’ll give a brief overview here.

The Shrine::Attacher class has been decoupled from the Active Record pattern. It now supports handling attachments for immutable structs (which are commonly used in Hanami, ROM, and dry-rb):

It can also be used standalone:

The new derivatives plugin is a rewrite of versions, offering an explicit interface and the much needed flexibility.

And processed data is saved separately from the original file:

The mirroring plugin has been added, which allows replicating uploads and deletes to additional storage services. It’s inspired by Active Storage and its mirror service.

You can also separate the mirroring operations into background jobs, so that they don’t slow down the attachment flow.

For the full list of changes, see the release notes. If you’re currently on Shrine 2.x, there is a detailed guide for upgrading to Shrine 3.x.

The following plugins have been added

The following plugins have been deprecated

The following plugins have been removed

All official shrine-* gems have been updated to work with Shrine 3.0:

As a result of the attacher redesign, Shrine 3.0 should now integrate better with ROM and Hanami. I’m still wrapping up the shrine-rom gem, it should hopefully get released in the next couple of days.

This has been the biggest Shrine release so far

. Shrine has been on 2.x for the past three years, and during that time it became obvious that some features weren’t well designed.

Shrine’s plugin architecture helped us a lot in addressing these, as it kept features largely decoupled from one another. This made it easier to identify issues and make changes, as we could work on one feature without affecting others.